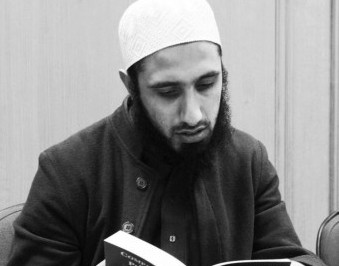 Ustadh Burhaan Khandia has studied for a year with the ulama of India (Ajmer Sharif) where he began his memorization of the Qur’an.

He is the son of Qari Ismaeel Khandia whom is one of the leading teachers of Qur’an in the city of Derby. Qari Ismaeel is renowned for his service of the deen and the service of the community. He was charged with Ustadh Burhaan Khandia’s education in religious affairs including fiqh, aqidah, tafsir and hadith from an early age by virtue of his being his father.

Ustadh Burhaan returned to England in 2002 and to visit his family. He soon travelled to Yemen where he studied for three years under the theological scholars and spiritual masters of Hadramaut including Habib Omar Bin Hafiz.

He now teaches in Ikhlas education Centre in Derby and travels across the country to deliver speeches and talks to the masses on a number of topical subjects.